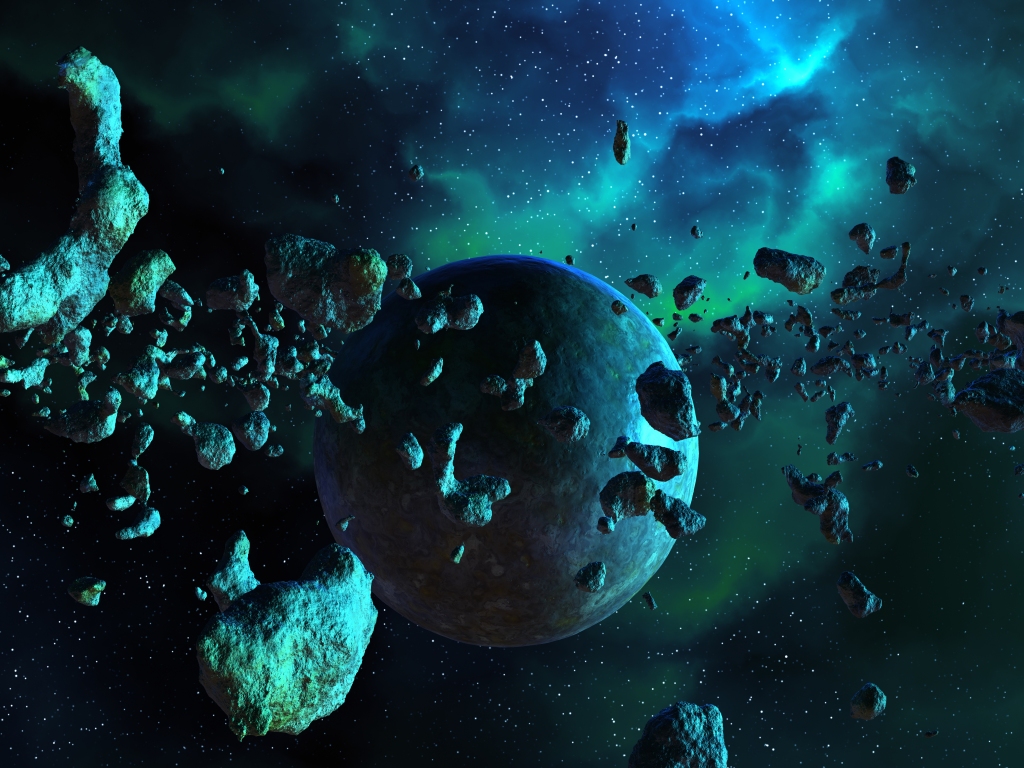 In my post Questions to Ask When World-Building, I wrote:

If you are writing science fiction, what physical settings or laws are different or exaggerated?  Is there space travel?  If so, how does it work?  Warp speed in Star Trek gets you to a distant planet at a different speed than a Star Wars hyperdrive.  These decisions make the difference between going from “one end of the galaxy to the other,” as Han Solo once bragged, and the entire Voyager series, in which the plot was centered on a near-hopeless trip across the galaxy back to Earth.

Well, now I’ve started writing a science fiction series that takes place beyond our world and it’s my turn to make some decisions regarding space travel.  Will there be hyperspace?  Will they use wormholes?  Will they have some other folding of space/time?

There was recently a flurry of excitement regarding the possibility of Warp Speed.  It lasted about one month before the same site renounced the EM Drive because it would “produce more energy than is put into it, violating the law of conservation of energy, which (simply put) says that energy cannot be destroyed or created” (Elizabeth Howell, Space.com).

I also played with space travel through Quantum Entanglement, which is the idea that linked particles remain linked once they are separated regardless of distance.  There are some great ideas in the areas of using Quantum Entanglement for communication, but not for travel.  Decoherence, the decay of unity between once-linked particles, happens even at the atomic level.

I discounted light speed immediately.  In order to go that fast, you would need an infinite amount of energy.  It is, by testimony of all articles and peer-reviewed science, impossible.  Every forum conversation turns sour when somebody mentions moving at light speed, so I had a sour taste right away.

Then I started thinking about Near Light Speed.  After some consideration, I decided that this was the way I was going to go.

Are We There Yet?

According to Time Dilation, Yes!  A person traveling at near light speed won’t notice a long wait time between their departure and destination.  They could be en route for hundreds or thousands of years, but their trip will feel like hours or seconds if they are moving at 99.99% of light speed.  This is great for your main character, who will be the same age no matter where he or she ends up.  They are free to move about the universe, but what about those they leave behind?  They’re already dead.

Every Goodbye is Forever

While your characters are accelerating to near light speed, the rest of the universe goes about their business at their own rate.  Time passes for everyone differently depending on a myriad of factors:  gravity, speed, etc.  This poses problems for cultural interconnectivity between different star systems, but I prefer that writing challenge to some mystical and unexplained system of travel.

Why Bother Explaining At All?

For some, research is silly.  One of my friends said, “Just use hyperspace and call it a day.”  I can’t do that.  I need to know (at least to a layman’s approximation) how things work.  The Star Wars type of hyperspace is too convenient for my characters.  I need limits in order to work well.  Not only that, but I think Star Wars when I hear “hyperspace,” just like I think Stargate or Babylon 5 when I hear “wormholes.”  I’d like to carve my own path and cynically go where no massive property has gone before.

One of my reasons for writing this post is to put my ideas out to the world for fact-checking.  There are many who know more about this topic than I do, so please comment below if you feel I have made any great errors in my understanding or if you feel I am on the right path.  I’ll repost with corrections, if need be. 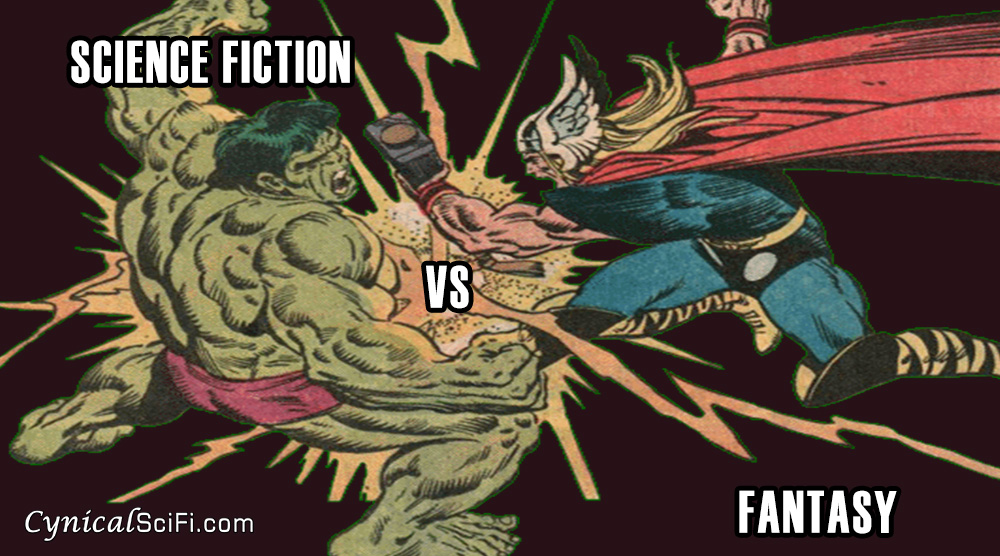 I had a conversation with an author friend of mine about this yesterday.  There are differences between science fiction and fantasy, but few understand how to explain those differences.

Dictionary.com defines Science Fiction as “a form of fiction that draws imaginatively on scientific knowledge and speculation in its plot, setting, theme, etc.”

Meanwhile, Wikipedia states that “Fantasy is a genre of fiction that commonly uses magic and other supernatural phenomena as a primary plot element, theme, or setting.”

Both definitions are adequate enough.  However, the most important factor in distinguishing the difference between the two is also the simplest.

It is all in how the author explains the characters and the situations.

Don’t believe me?  Try this…

Hulk steps out onto a street and throws a car.  He can do this because his cells are juiced with gamma radiation.  He’s a science fiction character. 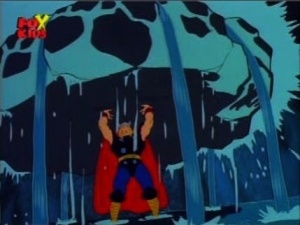 Thor steps out onto the same street and throws an equally heavy boulder.  He can do this because he is a powerful god of thunder.  As long as he is a god, he is a fantasy character.  If you start calling him an alien, he’ll slip into science fiction just as easily. 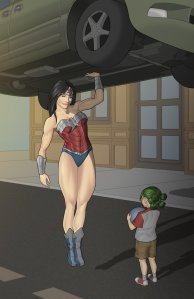 Wonder Woman follows the two of them out and throws a different car.  Depending on which origin you are reading, she is either a clay baby made by Hippolyta and blessed by Hera or the demigod child of Hippolyta and Zeus.  Either way, she’s a fantasy character doing the same work as the boys.

There is no real difference, not in storytelling or in the abilities of the characters themselves.  The line between Fantasy and Science Fiction takes place in the author’s explanation of why his or her characters can do the things that are beyond our abilities.

Choice is critical when motivating a reader. Students should have free choice over which book and which genre they read, provided it is appropriate for school and approved by their parent.

Their interests should guide them just like how your interests guide you.

Choice is also important when writing responses. The Lifelong Learner’s Double-Sided Journal details a dozen possible response combinations. Text Information forces students to work with the reading in a literal way. Summaries focus students on main idea and supporting details. Listing quotes or copying a passage identifies a key event or an important development. The Reader Response choices are analytical and require students to interpret or make judgments. Whether asking questions of an author, making text-to-self or text-to-text connections, or disagreeing with a character’s decisions, students access higher-level thinking skills each time they complete an entry.

This system is not designed to replace instruction in the classroom. Students need reinforcement in the skill sets that enhance comprehension, fluency, decoding, vocabulary, and analysis. The Double-Sided Journal gives teachers a clear framework to monitor progress, engagement, and growth while students rediscover a love of reading.

When Jeremy Marshall and I wrote Captain James Hook and the Curse of Peter Pan, we decided that James Hoodkins (the young Hook) should have someone he is responsible for during his adventures (tragedies?).  We did this for a few reasons, but I never thought to explain why sidekicks are so important until now.

First, a definition.  A sidekick is a secondary character who furthers the story.  Although this is an unequal relationship, the sidekick is not a mindless follower.  Sidekicks have goals, dreams, and personalities.

The lazy pick would have been to use Smee.  The two are often paired in cartoons and promotions.  We went a different way and used Billy Jukes.  In Barrie’s Peter Pan, Bill Jukes is a tattooed cutthroat whose past is rumored at best.  We took the seeds of that character and made him the son of a close family friend and the younger brother of James’s love interest, Emily.  When both children (James was 13 and Jukes was 11) were lost at sea and fell in with pirates, James had a reason to keep looking for a way home.

There are inherent advantages to including a sidekick.

When using a sidekick, readers have an opportunity to identify with him or her.  This gives an author a wider range of readership.  Some may have found James Hook cold and a little distant, but liked Billy Jukes’s more reckless behavior.

If a hero is alone and figures out a solution, then he just does what he needs to do and skips the explanation.  If that information is important for the reader to know, you need a second character to draw it out.  This is a classic setup and it worked well with Hook and Jukes.

This is an advantage if you are writing from multiple perspectives.  Your protagonist can’t see everything.  They operate from a single point of view.   Writing from a sidekick’s POV is a great way to give new information to the reader that you want to hide from the hero and show how wonderful the hero is without the hero sounding arrogant.  We wrote CJH from one POV, but this is a great tool if you decide to use it.

This is my favorite reason.  As athletic and strong as Billy Jukes was compared to the sickly James Hoodkins, he was two years younger and a far slower thinker than his genius friend.  This made for an interesting brain-and-brawn pairing.  James was the clear leader of the two and there was no problem that their combined skill set couldn’t overcome.

The basic problems in science fiction revolve around the need to explain yourself to the reader.  It is a trust issue.  Science fiction readers want a certain level of grounding in their stories, otherwise they’d be fantasy readers.  Even then, there has to be an internal consistency to the rules of the magic you are using, especially the rules you make up yourself.

Below are two areas that require the most attention when writing science fiction.

This planet is perfectly suited to our needs.  Try rereading that sentence, taking notice of how self-centered and foolish it is.  Our needs arose because we developed on this planet and evolved to fit its conditions.  Recreating similar conditions on another planet or finding one that is identical to Earth is unlikely at best.  Even a 5% difference in the air’s oxygen content would dramatically change how (or if) we live our lives.  Different conditions yield different results.

Stories that take place between star systems require faster-than-light (FTL) travel.  Unless you want to abandon any sort of scientific authority, starships can’t accelerate beyond that limit.  It would take infinite energy just to match that speed and you’d be permanently frozen in (our perception of) time if you reached it.

How do your characters get around this problem?  Different franchises use different methods.  Star Trek uses warp speed to fold distances in space.  Star Wars uses a hyperdrive, as do the ships in the Saga of the Seven Suns.  Babylon5 and others, use wormholes.  The point is that each one has an explanation of how this is done, rooted in some fact or theory.

An author doesn’t have to go too crazy over these ideas, but simple awareness will help maintain credibility. 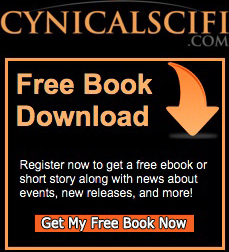